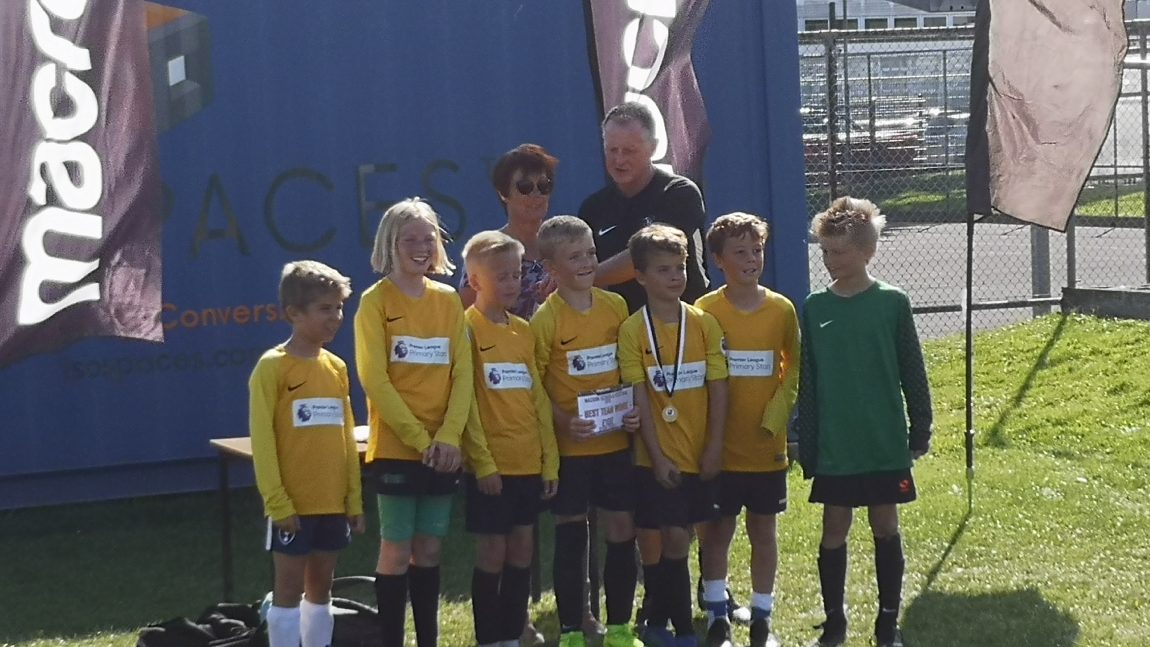 Great start to the new season

It looks like it should be another great season for the NJA football team. Last week we took two teams to Treviglas to play in the Macron Cup.

Both teams played wonderful, confident passing football scoring lots of great goals. The B team only lost one game (and that was due to an unlucky own goal) but they were able to win the skills challenge, with Cody winning the individual skills challenge.

The first team won every game and comfortably won the tournament. Between them the two teams won £250 for the school, which will go towards our new kit.