HomeAll postsNewsNewquay in Bloom and South West in Bloom awards 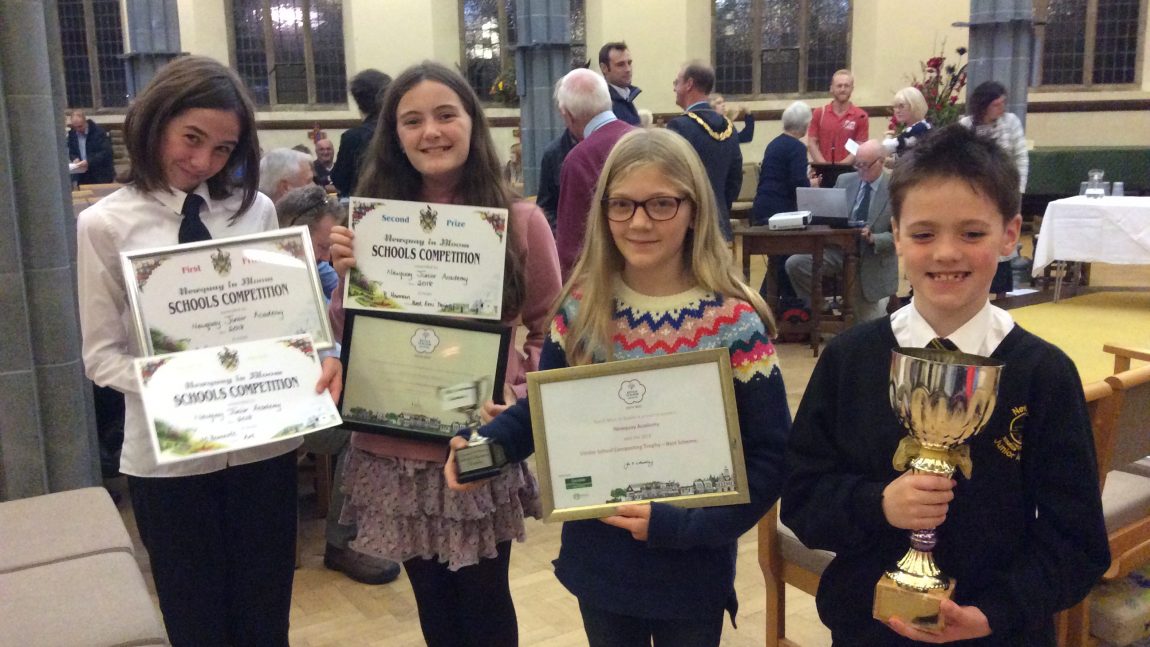 Last night, the annual Newquay in Bloom and South West in Bloom awards presentation was held at St Michael’s church. Children from NJA gardening club, both past and present were there to receive their awards.

The children have spent many hours walking up and down with watering cans to water the plants in the polytunnel and gardens, especially important during that lovely hot spell. The years 3 and 4 started the season off by sowing lots of seeds and looking after them until they were ready to plant out when weeding became the top job. The older children took over the responsibility of looking after our garden and contributed their own ideas and designs as the summer went on.

Mr AJ and his group ensured that the polytunnel was productive with a variety of tomatoes, potatoes and other unusual crops. So it was a pleasure to see the children’s hard work being acknowledged at the presentation.

The school garden was voted outstanding again by South West in Bloom in the ‘It’s Your Neighbourhood award’. We achieved second place for the best environmental project and fourth prize for our entry in the art competition. However, thanks to the children’s amazing efforts and enthusiasm for gardening, which really impressed the judges, we achieved first place for best garden from Newquay in Bloom! Finally the school was awarded the prestigious Viridor School Composting trophy for the key-hole garden.

I would like to thank everyone who has given up some of their time for the garden especially the parents, children, friends and staff who came to tidy the garden in March when it was so cold, and all the children who have given up lunchtime 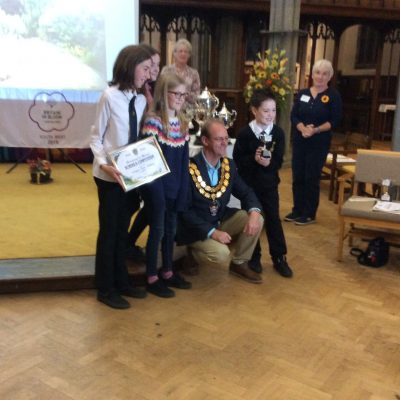 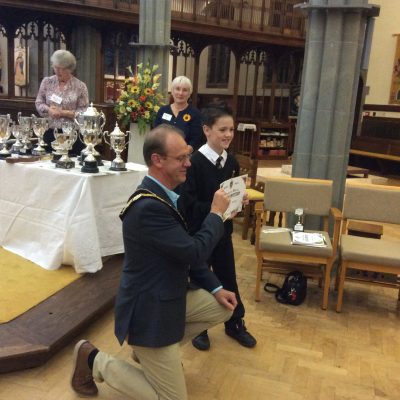 s and playtimes to water and weed.