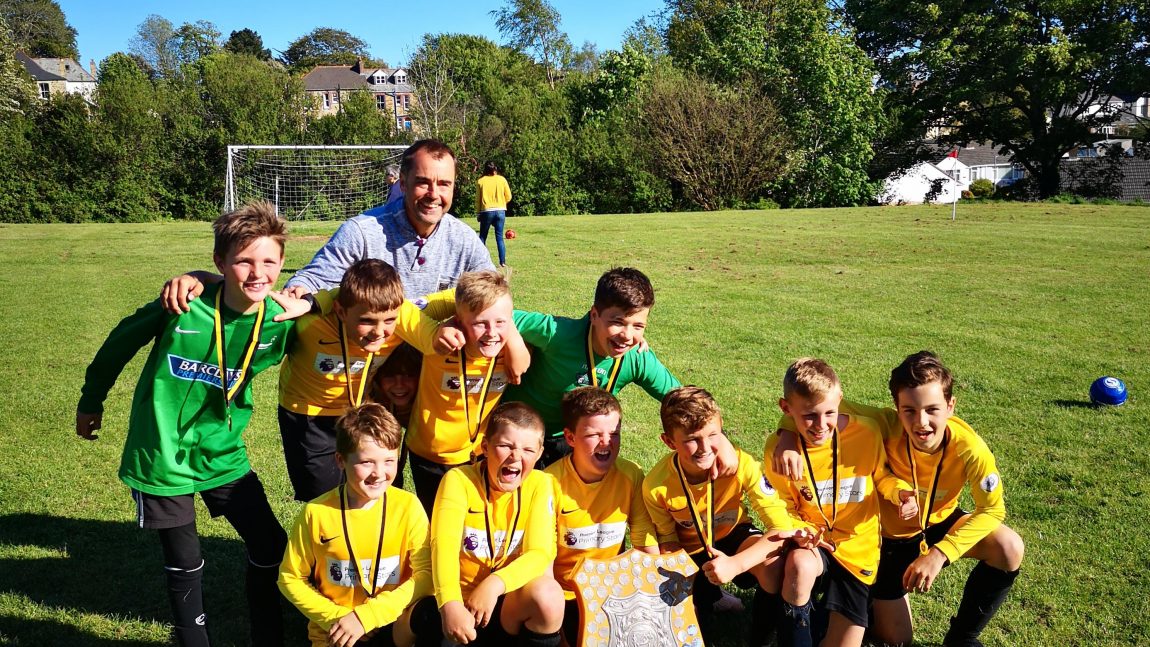 The NJA boys’ team reached the Diamond Shield final after beating St Mewan 3-0. In the final they came up against an equally athletic and skilful team from Trewergie school. The game was an epic battle which finished 0-0 after 30 minutes of frenetic action. Extra time followed and both teams continued to give their all in search of a goal. NJA came very close at the end of the first period of extra time before they unfortunately conceded what was to be the winning goal with only 1 minute left to play. However, the boys came away with their heads held high, determined to get revenge in the Rosewarne Cup final.

The boys’ team then had their last match of an excellent season on Thursday 9th May as they competed for the Rosewarne shield. The boys played magnificent football in the semi final against St Mewan to comfortably win 4 nil. In the final they played Trewergie, who they had narrowly lost to in the Diamond Shield final the previous week. This time around the boys played to their potential and they dominated the game winning 2-1. The boys have worked incredibly hard and have improved massively, we are so proud of them.

Meanwhile, the girls’ football team also completed a fantastic season by defending their County Cup title on Thursday. The finals came at the end of a busy schedule which saw them beat Burraton, Wadebridge and Biscovey all in the space of a week. In the final against Parc Eglos the girls played some wonderful football and won a tough match 3-1. We are proud of our girls who have worked really hard this year with Miss Rai to develop their skills.