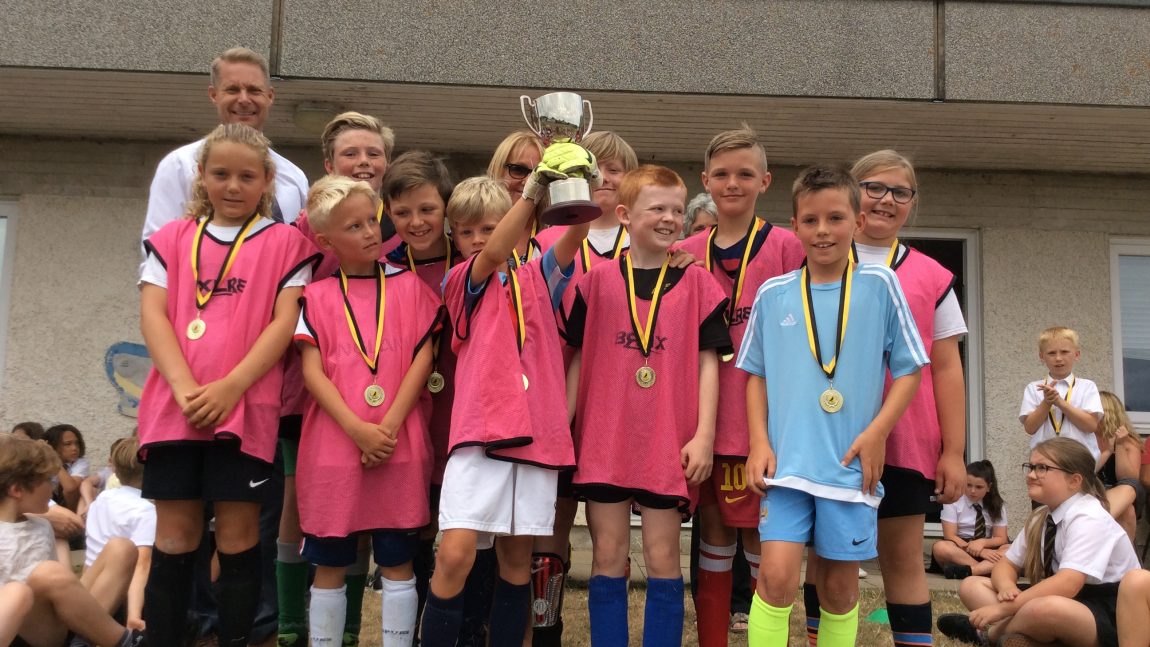 Newquay Junior Academy children have been playing in their own Football World cup. We had 12 teams in 2 leagues with 12 players in each team. The teams consisted of a mixture of all year groups and a mix of boys and girls. So each team has played 5 games all of these have been played at lunchtimes. We had the semi finals last week. The final was very close and it wasn’t until late into the second half that Australia broke through with a goal from Leo, the score remained 1-0 to Australia who proudly lifted the trophy that was presented by Mr Hayes. Australia’s manager Miss Johnson was over the moon with her teams performance she said “all our hard work and tactics have paid off and I am very proud of Australia.” The player of the tournament was awarded to Ruby and medals for showing excellent sporting skills was awarded to Will and Levi. The medals were kindly donated by Paul Stokes of South West engravers which allowed us to raise and donate just over £70.00 which will be donated to Cornwall Hospice care in Memory of a much loved Teaching assistant Mrs Anne Lowry who used to run the NJA world cup event. 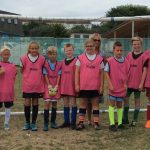 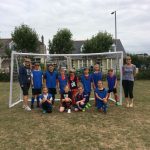 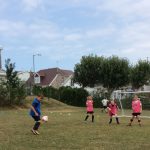 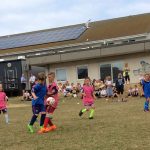 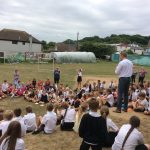 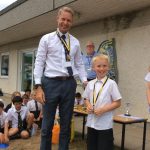 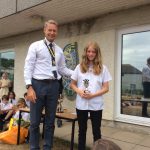 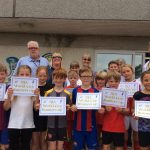 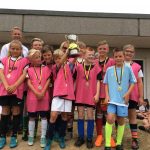