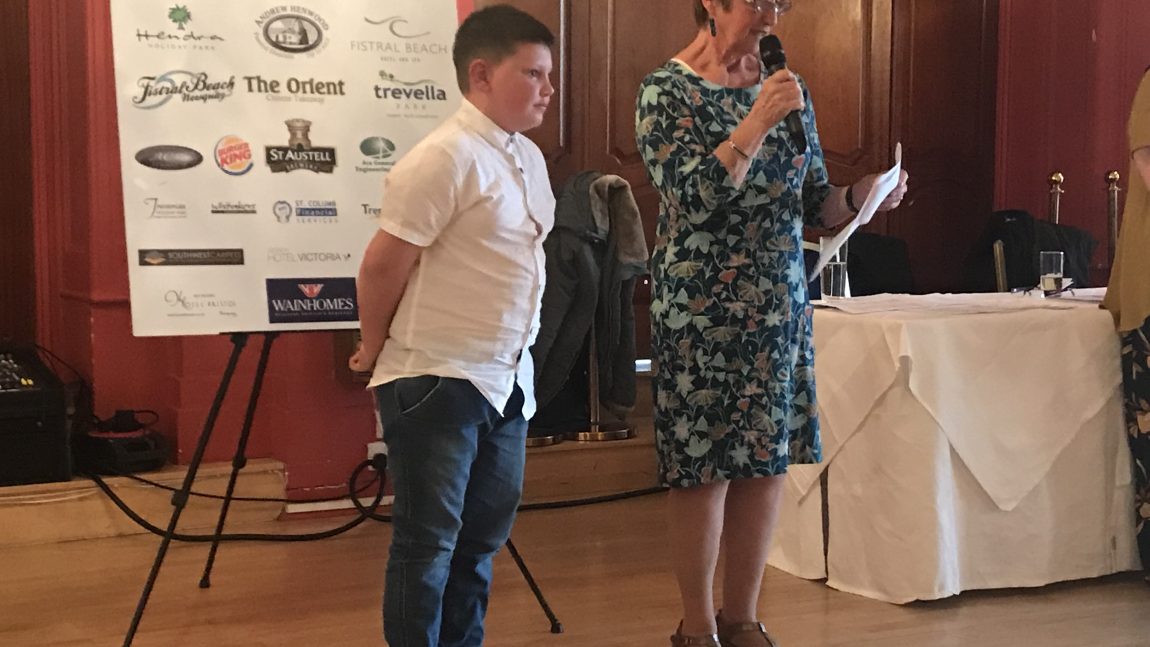 Both Codie and Zach were nominated by their teachers, here is what they had to say:

Zach always shows resilience, compassion and kindness throughout all he does. Recently Zach shaved his head in a whole school assembly in order to raise money for Macmillian Cancer support and raised over £4000 for this charity which is close to his heart. Zach always has a positive attitude and puts others before himself. Despite only being here since the beginning of Year 4, Zach is a pleasure to be around and we are proud to have him at our school. He is a keen rugby player and regularly plays for Newquay Hornets, he won player of the season last year and has proved himself to be a true team player.

Codie is an amazing young lady who is extremely mature and capable for her age. She often puts others before herself, knowing that although she would like the opportunity, others would benefit more. For example , a leading part in the school nativity, could easily have been hers, but she accepted a different role to accommodate other children. Codie also has a very calm and caring approach to younger, less able children and goes out of her way in class and out on the playground to help them through, what can often be quite challenging situations. She automatically gives them reassurance, preventing them experiencing what could possibly turn into a melt down, Codie has great communication skills and can eloquently hold conversations with adults and children of all ages. Her confidence is evident in many situations. She participates in a lot of activities in and out of school. For example, she sings in the choir, takes part in many of the sports clubs offered in school. She is a member of the Brownies. As part of her Brownie group, I know that she has raised a lot of money over the past two years for deserving charities.